The best catholic boarding schools in the United States have been carefully selected to help interested students examine a plethora of options. Education is a vital tool in national development and its impact on the society cannot be over emphasized.

It is on this note that different states and even the private sector has been committed to providing educational structures to encourage studying and academic work.

The catholic body on the other hand have also taken steps to provide academic structures at the high school, college and university level.

This article however, lays emphasis on the best catholic boarding schools in the United States.

What is a Catholic Boarding School?

A catholic boarding school is a type of academic environment where the students reside within the school for the period of each academic session.

Such school environments have hostels, dining halls etc, adequate provision is usually made for accommodation.

The standards of the Roman Catholic are high. In most of the schools, basic values are also taught together with a lot of teaching in the catholic faith.

They produce graduates who have solid spiritual and academic background as a good foundation for progress in life. Some of the boarding catholic schools are same sex while others are mixed.

Why should I Attend a Catholic Boarding School?

Attending a boarding school has a lot of advantages attached to it.  This is because of the plethora of activities attached to the daily routine of the students which helps them develop other areas along with their academics.

It is a place where learning and personal growth is top priority. Some of the specific reasons why you should attend a catholic boarding school are;

Catholic schools emphasize the value of self-discipline and commitment

What range is the Tuition Fees of Catholic Boarding Schools in the United States?

Depending of the quality of education offered, the cost of attending boarding schools differ. It falls within the range of $3,000- $40,000.

The Georgetown Preparatory School is one of the best catholic schools in the United States. It is also one of the oldest boys’ schools in America, is the only Jesuit boarding school in the country.

It is located in North Bethesda, Maryland and it is the best place to send your child if you want them to learn what it takes to get to the best colleges in the country.

America has many great educational opportunities, and your child will have more when it comes to Georgetown School.

Parting away from your child for an entire academic session is not an essay one however, you can send your child to a nice boarding school environment and the staff takes care of the child.

The secure campus in Bethesda offers children a nice place to study as a comfortable place along with space to do sports or other activities.

Portsmouth Abbey School is a private Catholic co-educational boarding and day school in Portsmouth, Rhode Island for grades 9 through 12. Portsmouth is a major suburb in Newport County. It is one of the best boarding catholic schools in the United States.

Portsmouth Abbey School is located on a beautiful 525-hectare campus along Narragansett Bay, just a few miles from Newport, RI. Abbey’s liberal arts curriculum prepares students for a life of meaning and purpose for over 90 years.

The academic school years last for 180 calendar days and every day the students spend 7 hours in class. In 2011, 100% of senior citizens graduated from four-year universities.

The Maur Hill – Mount Academy is a Catholic school in Atchison, Kansas. It started in 1863 as a girls’ school before merging with a purely young colleague in the 1970s.

The school has almost 200 students and covers grades 9-12.  It is a boarding but has options for students who want to attend during the day or live off-campus. The school had many international students in its population.

The students are assigned “houses” that are run by students and  this creates  room for leadership opportunities. The houses compete against each other in different categories for points that lead to exclusive privileges.

The Maur Hill – Mount Academy offers a number of options for athletics, including soccer, volleyball, cross country, and wrestling. Other extracurricular activities include choir, debate, and forensics. It is a Roman Catholic school, but people from different backgrounds are allowed.

Mt. Michael Benedictine was founded in 1970 as an accredited educational institution. Although it started out as a general academic organization, it has since grown into one of the most prestigious state preparatory schools in the state.

It is a boys-only school for grades 9 through 12. Its religious affiliation is with the Roman Catholic Church, the largest Christian church in the world. Located in Elkhorn, Nebraska, Mt. Michael Benedictine was founded in 1953 as a school.

The high school currently enrolls approximately 200 to 250 students, and the average class size is approximately 14 with a student to teacher ratio of 10 to 1.

St. Bernard Preparatory School is a private coed school in Cullman, Alabama. Since 1891, students have been receiving Benedictine education with a focus on body, mind and soul. It is conveniently located near Birmingham and Huntsville, Alabama.

Students can choose to stay on campus five or seven days a week or simply use the facility as a day school. The school also offers shared summer camp experiences, including weeks at the US Space Academy and training in English as a second language.

School students are enrolled in a rigorous college-prep experience that enables them to be ready for admission to many top colleges. Much of this curriculum includes art classes.

The Marianapolis Prep School is a facility that does not discriminate applicants in the management of educational loans, grants, admissions, policies, and other school programs based on their gender, skin color, belief, race, or physical disability.

The academic school years last 170 calendar days and every day the students spend 7 hours in class. In 2011, 96% of senior graduates attended 4-year universities.

Chaminade students learn to live remarkably through our numerous activities and athletics, as well as through our experience-building program.

The third characteristic of the Chaminade experience is the vital character formation and encouragement. Chaminade uses significant, consistent resources to develop key student-faculty relationships through our House System program.

Saint Michael’s Academy is an American day and boarding school for boys and girls from kindergarten to twelfth grade in Spokane, Washington, United States, administered by the Congregation of the Mary Immaculate Queen, a traditionalist Catholic group.

The Academia de San Miguel is a place where parents and students have to commit to Catholic education and to participate in the process of Christian education.

The academy is a dynamic school that deals with the ever-challenging and eternal task of knowing, loving, and serving God. They have a total number of 150 students and an average class size 12 students yearly. Tuition is $4,600.  For more information about this school the school official website

The Kennedy Catholic School, formerly known as John F. Kennedy Catholic High School, is a private Catholic high school in Burien, Washington, in the Roman Catholic Archdiocese of Seattle. It is also one of the best catholic boarding schools in the United States.

Kennedy Catholic was founded in 1966 and is one of three diocese high schools in the Roman Catholic Archdiocese of Seattle. Kennedy Catholic was originally known as John F. Kennedy Memorial High School but was renamed at the beginning of the 2009/2010 school year to reflect its Catholic roots. Check the official website for more information about the School.

The Forest Ridge School of the Sacred Heart trains it’s students to think critically, to accept challenges, to model resilience, to face injustices, to seek equality, and to lead in the pioneering spirit of our founder worldwide.

At Forest Ridge Summer Experience, the students are taught how to create, collaborate, explore new skills and make friends. The week-long camps for boys and girls in grades 2 to 8 offer students dedicated, hands-on learning experiences to discover new passions and have fun.

The school provides classes for persons interested in science and arts. The tuition fee: (Boarding Students) is $64,000, Day Students is 34,900Average and a class size of 12 students

For more information about the School, check the official website

How many boarding schools are there in the United States?

There are over 300 boarding schools in the United States.

How many Catholic high schools are there in the United States?

There are over 1,205 Catholic secondary schools in the United States.

How many Jesuit high schools are there in the United States?

There are 28 Jesuit colleges and universities that comprise AJCU are located in in 17 states, the District of Columbia and Belize.

Yes. Catholic boarding schools are good.  They don’t only instill the academic disciplines but they are building the moral, intellectual social, and other areas of the students. 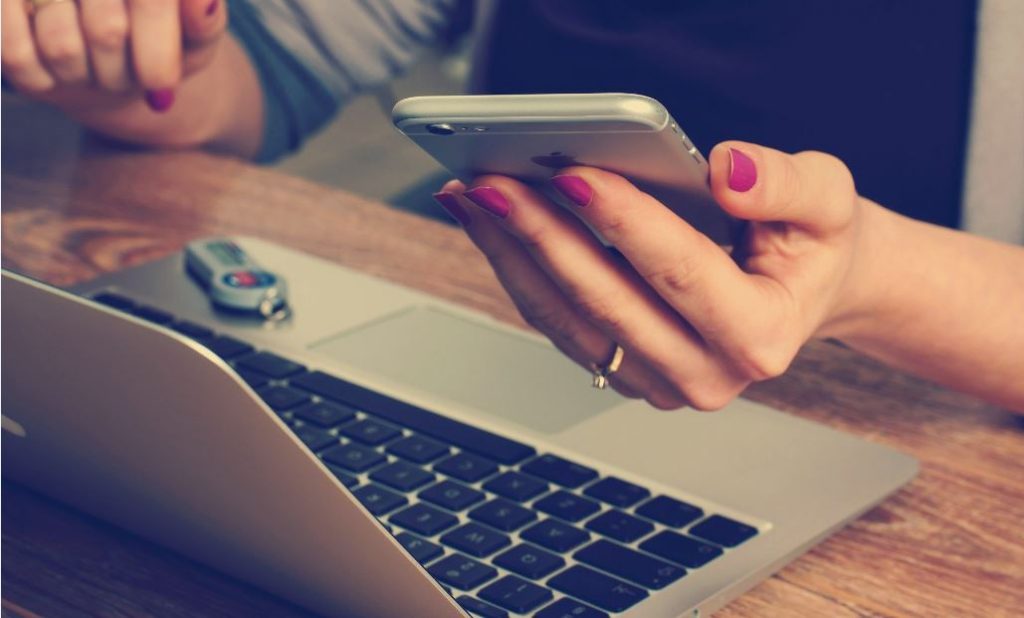 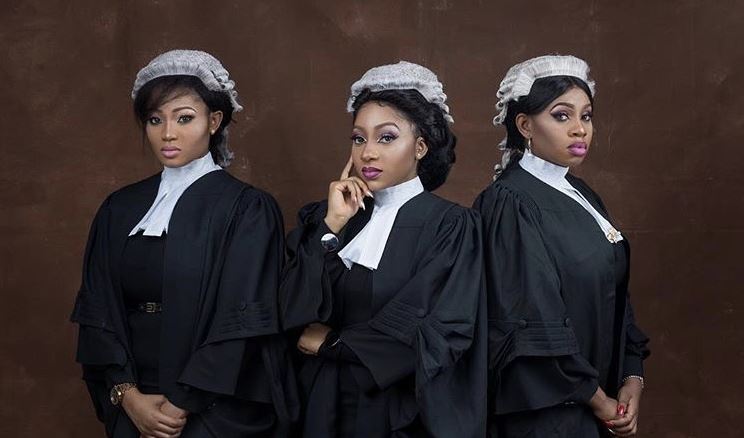 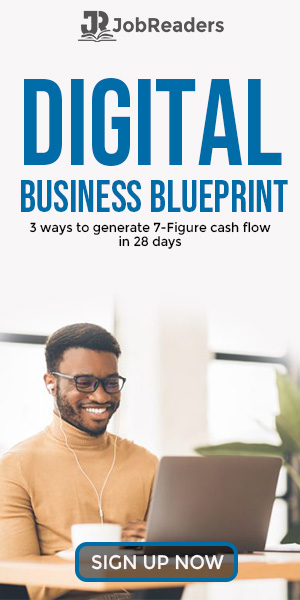