How important is securing admission in Europe? Here are the top universities accepting IELTS score 6 in Europe. Ok, I’m certain this term “IELTS” is very essential in most applications into institutions in Europe.

Therefore, I took the time to do research to bring up explicit detailed information that you need!

The IELTS score is one of the measures taken into account to determine whether or not admission should be given. Such as, weather to give a foreign student from a non-English speaking country in certain English countries.

It is best to get an IELTS score of band 7.5 and above for quicker consideration. But many international students often find it hard to meet this score, and this frustrates their admission.

Some people also consider the processes of registering for the IELTS exam, as stress. Consequently, this has led to individuals finding ways to study in these countries without having to go through the IELTS.

It is jointly controlled by and founded in 1989, the British Council, IDP: IELTS Australia, and Cambridge Assessment English. One of the world’s major English-language tests in IELTS.

Why is the IELTS Test required?

In English-speaking countries such as Australia, the UK, New Zealand, the USA, and Canada, the IELTS 2020 exam is required for migration as well as for academic purposes abroad.

For visa applicants applying both outsides and within the UK, it is the only English Language Test authorized by UK Visas and Immigration (UKVI). Many students are confused about why IELTS scores are important.

What is the IELTS format?

There are 4 papers in IELTS: Listening, Reading, Writing, and Speaking. Two distinct IELTS modules are available: Academic and General Training.

In both modules, the speaking and listening tests are the same, but the reading and writing tests are different.

If you choose to study at the undergraduate or postgraduate level, or if you are seeking professional registration, for example, doctors and nurses.

If you want to move to an English-speaking country (e.g. Australia, Canada, New Zealand, UK) or if you want to train or study below the standard of your degree.

Why is IELTS Important?

The IELTS test is approved by the immigration authorities and continues to play an important role in the use of language evaluation as a way of monitoring migration numbers.

This implies that IELTS can be used in support of a UK Visa and Immigration (UKVI) application to prove your English language skills.

What are the differences between IELTS and TOEFL?

Reasons why you should take the IELTS Test

Below are the top universities in Europe that welcome IELTS score 6 from foreign students for admissions.

Telecom Paris is one of the best universities in Europe with an IELTS score of 6.

For both domestic and foreign students, the school opens its admission window annually and accepts IELTS scores from international students as low as band 6.

The institution is one of the top public graduate schools of engineering in France and has recently been named Europe’s leading French School of Information and Communication Technology (ICT).

Students are trained in a dynamic environment to handle both themselves and difficult circumstances.

Too many people see the school as a learning center that integrates disciplinary experience with new concepts in an expert manner.

The school is situated in central Paris, right in the center of a diverse mix of urban and cultural surroundings.

The University of Oslo is one of the best universities in Europe to approve the IELTS score 6 and the school receives a significant number of international students annually and is also one of the most common schools for foreign students in Oslo, Europe.

The school has a long history of over 200 years and has played a pivotal role since its inception in numerous changes in Norway.

It is a classical university with a wide variety of academic disciplines in Norway with top research communities.

Students in Oslo have access to outstanding university library facilities and practical lectures that allow them to understand their courses clearly.

There are 19 libraries in the school, ICT facilities, sports facilities, student clubs, and medical services. Combining a city living with convenient access to outdoor life is very easy for students.

Ghent University, a leading university in Belgium established in 1817 with a high reputation in Belgium and Europe, is one of the top-rated universities accepting the IELTS score 6 in Europe.

It is assumed that the school is comparatively young relative to other European universities, as opposed to its rank in developmental pace in Europe.

For students who do not understand Dutch, almost all bachelor programs are taught in Dutch but translated to English to follow adequately.

So you need to have a basic knowledge of Dutch if you’re an international student, which is why the Dutch criteria apply.

One of Ghent University’s main characteristics is that it aims for excellence, which is why it is widely regarded as a top international contributor to groundbreaking research.

The school holds a graduation fair for graduating students every year. Most students obtain work offers from various companies and industries at this fair, which even makes it easier for them to find a first work or further study.

This is one of the most famous universities in Europe that accepts IELTS rating 6 from international students for both undergraduate and postgraduate studies.

With over 6500 staff and 12000 students from more than a hundred countries around the world, this is one of the top universities in the Netherlands.

The University and Research University of Wageningen is a traditional place for healthy living and intensive research.

The school has branches in the Netherlands and abroad and joins forces to boost the development of specialized research institutes.

Wageningen University and Research have stepped down its English Proficiency test requirements to admit students with a minimum IELTS score of 6.0.

It is a credit to applicants. Anyway, scoring higher than this gives you a greater chance of acceptance.

In their ranking in the global ranking and citation indices, the consistency of the scientific progress of the school is affirmed.

In Vienna, Austria, the University of Vienna is located. It is one of Europe’s well-known IELTS score 6 universities and is considered the oldest university in the German-speaking world.

The school was founded as far back as 1365 and with its long and exotic history, it has developed into one of the best universities across Europe.

The school has an exemplary record of staff; professors, scientists, academic lecturers in different disciplines available in the university community.

The university graduates an outstanding set of students fit for the job market and economic progress every year.

Bergen University is one of the top universities in Europe to accept IELTS score 6 from foreign students for entry.

The school is interested not only in students with a high IELTS band but also in smart and articulate students.

In short, it is surprising how the University of Bergen, with its high standard of education and learning, does not have tough standards of admission, such as many other universities.

The University of Vienna (TU Wien) is one of the universities in Europe that accepts an IELTS score of 6 from foreign students for entry.

It was known as Vienna’s Imperial Royal Polytechnic Institute in 1815. In Austria and beyond, it is renowned.

The university has developed into an academic institution where discussions on global progress are discussed and investigated. At TU Wien, research focuses on a broad spectrum of needs and the desire for better progress.

The University of Helsinki is one of the universities in Europe with an IELTS band score requirement. This is for all foreign students applying to the institution, starting from as low as band 6.

The study programs at the University of Helsinki are believed to target students and great minds. Great minds from all over the world, maybe regions in which English is not easily available.

Therefore, their mission is to help international students realize their dreams and take quantum leaps to achieve their objectives.

The University of Dundee is one of the top universities in Europe for foreign students from countries outside Europe to earn a 6.0 band score in IELTS.

According to the Times Higher Education and QS rankings, the school was ranked as one of the best universities in the world. Primarily for excellent teaching and science.

The students have the rare opportunity of attending master classes taught with so much insight and experience by leading business experts.

A fascinating annual event called the Venture Competition is hosted by Dundee Business School where students and alumni participate in a competition. This competition comprises of business ideas are pitched and judged and up to GBP 25,000 is won for the best idea.

Students with a minimum IELTS score of band 6 are admitted by the University of Southern Denmark. Because the school knows that the student will be able to cope with usual realistic classroom situations.

Company economics and management are taught to such ambitious students with a fair knowledge of English.

The institution believes in continuing education and the development of skills through successful practical knowledge.

Can I get admission to Germany with 6 bands?

You can get into most universities in Germany with an average score of 6 in the IELTS.

You need to get a score of 7 or higher in the IELTS to apply to the top German universities if you want to go up on the ranking list.

Is IELTS accepted in Europe?

IELTS ratings are now recognized by many European higher education institutions, including a significant number of private and state universities, as part of their English language entry criteria.

I hope this blog post is informative and educational. Here at Jobreaders, we are concerned with how to make an amazing career worthwhile.

We guarantee that it is compatible with your ambitions and requires a young and well-trained leader. You can visit this link on Facebook to like and follow our page. 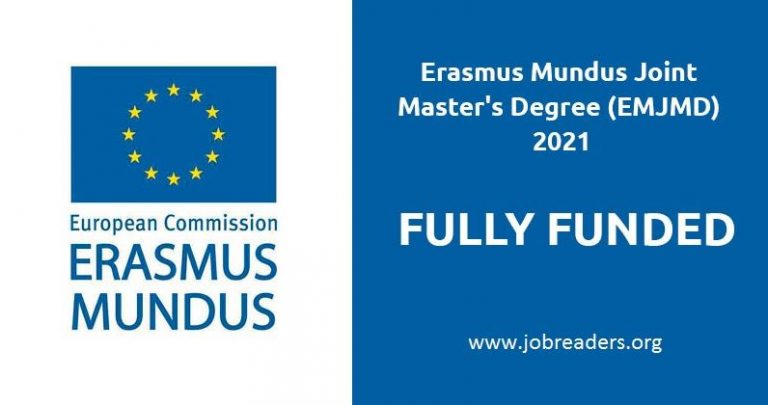 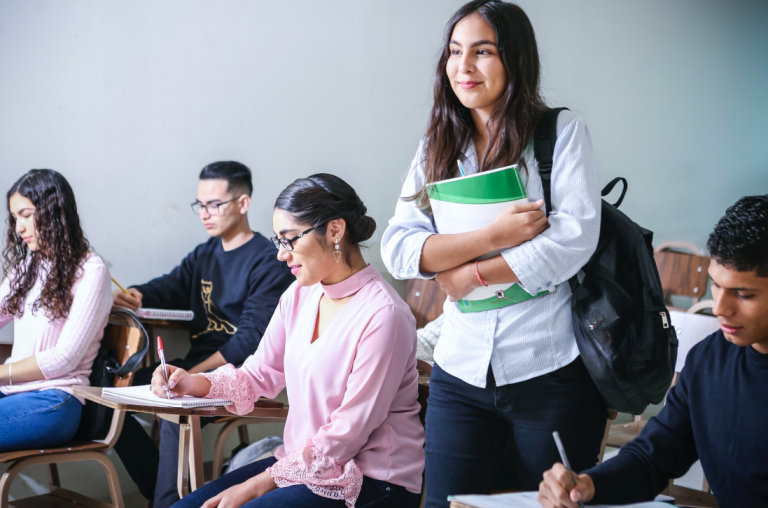 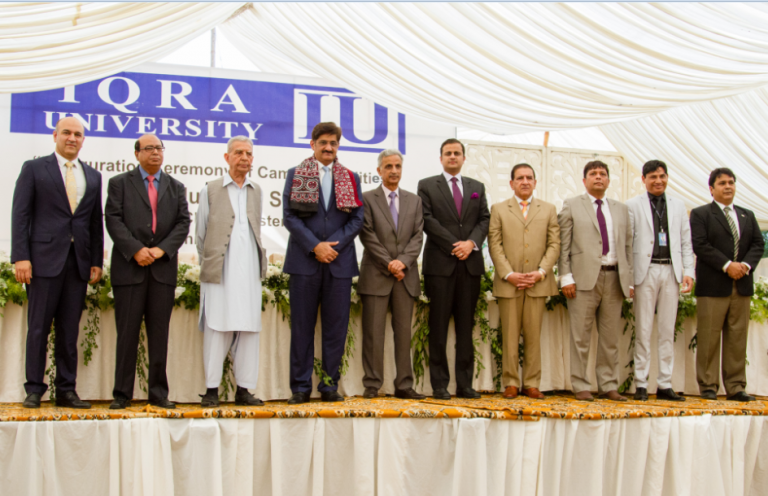 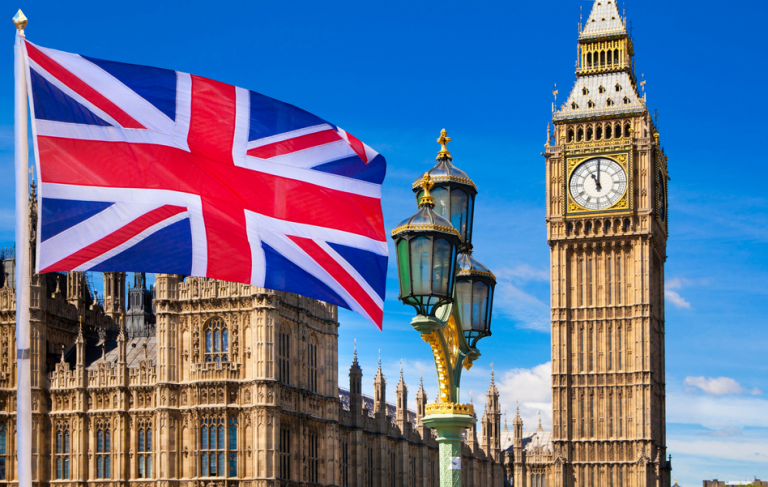